The Royal Air Force was 100 years old on 1 April 2018, from the amalgamation of the RNAS and Royal Flying Corps in April 1918. In this time, it has built a proud tradition and earned for itself an exceptional reputation. As early as 1922 the historian Sir Walter Alexander Raleigh (1861 - 1922) could record that “The Royal Air Force is strong in the kind of virtue that propagates itself and attains to a life beyond a life. The tradition is safe.” That has continued to hold true in the succeeding years.
The RAF has the distinction of being the oldest independent Air Force, and together with the South African Air Force, the second oldest, owes its existence in large measure to General Smuts and the proposals he made to the War Cabinet in 1917. Many South Africans have served, with distinction, in both Forces since their inception to the present day. They were among the many young men and women of the British Empire, Dominions and Commonwealth who answered the call to arms in successive conflicts.
They did so not only as a patriotic duty but also as part of the great adventure of life. They found in the Air Force a very special brotherhood, a blend of tradition, innovation and dedication to the operational task at hand, a readiness to improvise and push accepted boundaries and a unique esprit de corps that distinguished the Air Force from the other military services. For many, their years in the service were the best of their lives.
The Royal Air Force Officers Club in South Africa was formed in Cape Town in 1947, by a group of Officers who had served in the Second World War and who wanted to perpetuate the camaraderie and spirit of the Forces in which they had served. The Royal Air Force Officers’ Club, Johannesburg, was established in 1963. In the nature and conduct of their functions, the Club maintains as much as possible of the atmosphere and traditions of an Officers’ Mess.
Inevitably, attrition has taken many of our older members from us. As this has happened the detail of their part in history has often passed with them. Diaries and log books are lost, with the exception of a few individuals who have committed their stories to writing. Gathering of the personal biographies started some years ago. These vary in style and length according to the personal preference (and sometimes reticence) of each writer. As a collection they give a fascinating insight into the campaigns, the machines and the personalities of a unique breed of men who played their part in great events of history.
The Royal Air Force Officers' Club welcomes new members to share with us the re-created traditions of an Officers' Mess. At our monthly lunches we also offer some mental stimulation by inviting interesting Guest Speakers to talk on military, civil and general aviation matters, or issues of topical interest, or maybe entertain us with a touch of humour.
Many of our members have joined us by personal introduction but we invite you to visit us at one of our lunch functions to sample the atmosphere and spirit of fellowship of the occasion. Members of the Royal Air Force Officers' Club are generally distinguished from lesser mortals by their sins of commission not omission!
By meeting the criteria of the various categories of membership, completing an application form, available on this web-site, and approval by the Committee, plus a small membership fee, we look forward to welcome you as a fellow member.
BRUCE HARRISON
CHAIRMAN
After some years in compilation the volume of the Members' Biographies was published in 2008. Many of the members directly contributed to its realization with one member, Palle Ploger, making it his memorial and the book stands as his testimonial to bringing it all together. It is now regarded as something of a collector's item.
We were honoured that our volume has Forewards from Air Chief Marshal Sir Jock Stirrup, former Chief of Air Staff of the Royal Air Force and Lieutenant General Carlo Gagiano, former Chief of the South African Air Force.
Both these distinguised Officer's were holding their respective positions at the time of writing their forward's. 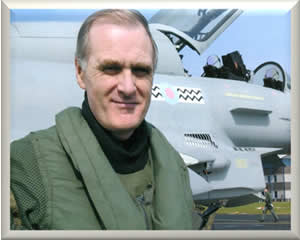 Sir Jock Stirrup is now retired but wrote the forward whilst CAS-RAF.
As Chief of Air Staff of the Royal Air Force, I am honoured to be invited by the Royal Air Force Officers' Club, Johannesburg, to write this introduction.
I had the pleasure of visiting South Africa in October 2005 to deliver a speech at the Air Power Banquet given by the South African Air Force in Pretoria. On that occasion, I had the opportunity of meeting some members of the committee of the Royal Air Force Officers' Club, Johannesburg, and I was very glad to know that the Club is thriving over forty years after its foundation in 1963.
The Club was established for the renewal and perpetuation of friendships and associations first made in the Royal Air Force during the Second World War and even before. I understand that its most senior member joined the Royal Air Force as long ago as September 1935. However, it is pleasing to know that the membership of the Club includes a number of serving or former officers of other air forces, especially the South African Air Force and the Royal Rhodesian Air Force, a number of whom have served on attachment or secondment to the Royal Air Force either during the Second World War or since.
The Royal Air Force is deeply indebted to South Africa, especially to General Jan Christiaan Smuts who, as a member of the British War Cabinet in 1917, first proposed that Britain should have a separate Air Force. This came into being on 1 April 1918.
May the Club continue to thrive for many years to come. The memories of the veterans are of great importance for preservation of the aviation heritage of the Royal Air Force. I congratulate the Club on a significant contribution to our history.
Air Chief Marshal Sir Jock Stirrup
GCB AFC ADC FRAeS, FCMi RAF
Chief of the Defence Staff
Royal Air Force

Lt. Gen. Gagiano retired as CSAAF September 2012, he wrote this forward whilst in active service.
The golden thread of a close association between the predecessors of the Royal Air Force and the South African Air Force has existed since the days of General Jan Christiaan Smuts and Sir Pierre van Ryneveld. These links therefore had their beginnings even before the official establishment of the two services and grew stronger during World War II when no fewer than four SAAF wings and 28 SAAF squadrons served with distinction under both British and American command.
When post-WW II veterans’ associations such as the RAF Association, the SAAF Association and the RAF Officers’ Club were formed, significant numbers of SAAF veterans joined a RAF association as well as their own. Many of these members had seen colorful and distinguished air force service during WW II and subsequent hostilities, and the loss of their history and achievements with the passage of time will leave the world poorer.
Consequently I was delighted to hear of this compilation of this history of Royal Air Force Officers’ Club members and to have been asked to write a preface to it. It has been a great pleasure to do so.
I commend it to the reader and trust it will become a valued acquisition to the libraries of those who have an interest in the history of the RAF.
Lieutenant General Carlo Gagiano, SM, MMM Chief of the South African Air Force 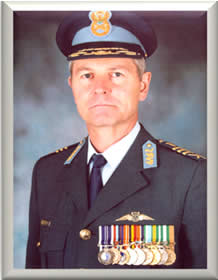 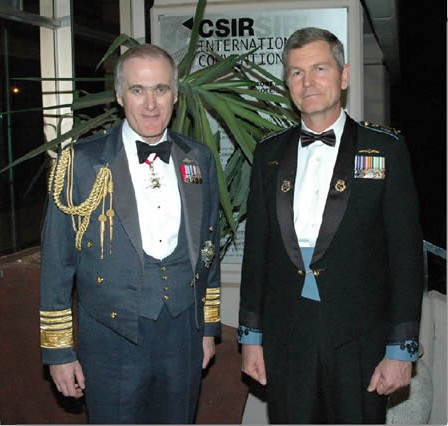